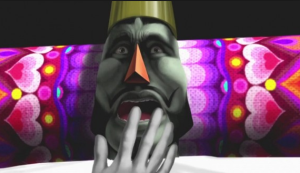 For developers, game characters are key to a game’s success. Players relate to well-designed characters which makes the game experience feel real. This results in engagement, game plays and revenue.

Here is a list of 5 elements developers can consider when creating a character. What more do you suggest?

Ida comes face to face with a deity who gets no answers to questions he poses to her like, “Why have you returned?” The developers of Monument Valley (1 million downloads) choose not to answer this which gives players the chance to amplify the game with their own imagination. This keeps players engaged.

Kratos’ skin is branded with white ash marking his tortured past as the murderer of his wife and child. This character was introduced in 2005’s God of War. He has been so popular the developer has created an entire franchise starring Kratos.

Backstory is anything that implies or communicates the history or experiences of a character. It gives the character a foundation and motivation while enriching the game’s plot. A well-crafted character back story will make the world feel alive to the player and gives them the feeling they are building on a story. Developers shouldn’t reveal too many details. This avoids a game feeling like a biography report rather than an engaging part of the story.

The developer of Zelda Twilight Princess had fun and success by creating discrepancy between Malo’s appearance and personality. He looks like a cute, cuddly toddler until he starts organizing hostile takeovers and spewing insolent comments.

An iconic look, like Aurora’s flowing red hair in Child of Light, consumes the screen and creates an unforgettable brand identity for the character. Aurora’s over-sized sword brings empathy to her young character’s struggle against bigger and unknown forces. That in turn energizes the entire game experience.

A twisted hero haunted by a family secret or an innocent child who can only fly when holding their breath. Whatever it is, the personality draws the player to the character and stimulates engagement. It is the foundation of a great character.

Developers score when their characters have flaws or unique personalities. Players love the tension created when a character is in trouble due to their flaws. Batman’s conflicts with his personal demons makes him intoxicating to fans.

According to game researcher Katherine Isbister, developers should bestow the “Big Five personality traits” (openness, conscientiousness, extraversion, agreeableness, and neuroticism) on their characters.

Relationship To Other Characters

The King in Katamari’s narrative (he drunkenly obliterates all the stars in the universe) makes him unforgettable and the mission of the hero all the more engaging (which Aki Jarvinen points out so nicely here). Totem in Monument Valley is heartbreaking. His selfish devotion to the hero gives the player the ability to complete different levels, while establishing him as a friend.

Developers that succeed with great game characters take time to create relationships between others in the game. A character’s relationship with other personas engages players by giving them a feeling of control and ability to make choices.

It can be as simple as thinking about what other characters like and don’t like about someone. However, the more bizarre the better.

Sara from Sara’s Cooking Class has been played more than 1 billion times by young fans. The game’s developers based Sara and the game experience around research into the psychology of the target audience. Kids like to explore their future life through role-play. Sara gives them a chance to act out the experience of preparing a meal for the family in a fast and fun way—helping them to feel independent, but also giving them an important feeling of control.