A Day In The Woods Wins Unsung Heroes Competition 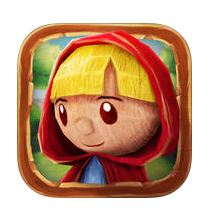 A Day in the Woods has won the Unsung Heroes Competition and with it a Spil Games publishing contract worth $50,000.

Over 300 mobile games were entered in the competition. The goal was to help every one of them improve their profile with players and we believe the publicity surrounding the competition did just that.

“So many of the games were truly awesome,” says Tung Nguyen-Khac, CEO of Spil Games and chair of the board of judges. “It was incredibly tough deciding which should win. But in the end we stuck with our main criterion: which of these games most deserves the chance of a larger audience? And the answer was A Day in the Woods.”

The game was developed by RetroEpic Software in Cape Town, South Africa. It is a traditional sliding tile puzzle game but reimagined around the theme of Red Riding Hood.

“The game is incredibly absorbing,” says Tung, “which won it plaudits from the judges. But the look and feel of the game, and the attention to detail and atmosphere are what gives it that award-winning edge.”

A Day in the Woods is already available in the Apple App store and on Google Play. The Spil Games publishing contract will see it localized for all the big markets around the world, including China which has the biggest audiences and Brazil which has the highest earning potential for mobile games.

We are working together on a monetization strategy and our live operations will fine tune it in real time to optimize player experience, retention and revenue generation.

“We’re honored to win the Unsung Heroes Competition,” says RetroEpic’s co-founder Niki Boshoff, “particularly when you look at all the fantastic games we were up against. It’s a real boost for A Day in the Woods. We really believe it should be played by a wider audience and winning the Unsung Heroes Competition will give it the chance it deserves.” Although the judges were forced to pick a winner, there were many other notable games entered into the competition. They couldn’t resist Toy Rescue Story from Sugra Games, based in Ireland and the UK.

Therefore we are pleased to announce that Toy Rescue Story is declared runner up and will also benefit from a publishing contract. It is a puzzle adventure game based around living toys and also available on Apple and Android.

“The Unsung Heroes Competition generated so much interest and it is amazing to see how much energy game developers put into their games,” says Tung. “I wish all the entrants the best of luck. It is awesome that we will publish two games and I believe we have helped many more developers along the way. I expect we’ll hear much more from the Unsung Heroes Competition participants as they develop their games and launch new products.”

A promo video of the game can be viewed here: https://youtu.be/eWSZrkt4_-o

It was one of three Unsung Heroes games featured on the MasterOv Gaming Channel https://youtu.be/2yTvsQkHClo

The full press kit for A Day in the Woods can be found here http://retroepic.com/press/sheet.php?p=a_day_in_the_woods_2015

More information on RetroEpic Software can be found here: http://www.retroepic.com/

Toy Rescue Story is available on Apple and Google Play