Behind the scenes: the front-end developer who followed in his parents’ footsteps 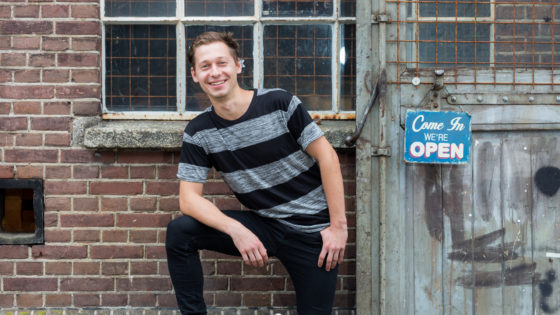 Spil Games remains #1 in the world for web games, and it is a vital part of our business. Sergei Demin has worked on the web portals for 2 years, first as a front-end developer and now as a senior web developer. He is originally from Lesosibirsk, a small town in Siberia.

You’ve just passed your 2 year anniversary living in Netherlands. What were you doing before you moved here?

I was running a horse farm with my wife and our friend Alex. At the same time I was freelancing, working in the office as a web developer and travelling around Russia.

What was your experience moving to the Netherlands?

Exciting, fun and stressful all at the same time. Everything was new, but Dutch people in general, and my colleagues here at Spil in particular, were very welcoming and helpful so that made it easier. It was probably easier than I had been expecting.

I feel like it I’ve been living here for a long time now. It feels like home. It’s a great place to live if you like being outdoors.

How did you get into web development? What do you like the most about it?

My parents were developers. As a boy, I was fascinated by what they were doing. I think that’s where my interest in development grew. The best part of the job for me is being able to create something entirely new.

How would you describe your job?

It’s about being creative, but also it’s all about problem solving. I love solving problems.

I’ve been developing accessible and standard-based web sites for over 8 years and I primarily build things with HTML, BEM, CSS (SASS/LESS/STYLUS) and Javascript. The job also involves planning and estimating for various tasks.

What’s the most important skill that a Front End Developer needs to have at Spil Games?

I would say flexibility. You get a lot of different and interesting challenges which you have to work out how to deal with. Our technology stack is pretty big and you have to be able to switch between different tools. For example, we use Javascript ES6 at same time as Erlang for a BEM-ish widget system.

Tell us about the Game Management System and the role you had in making that happen?

It’s at the heart of our game portals and is how we publish games on websites. I’m currently working on trying to improve it to make it easier to use. For example, we just introduced a tool to better schedule game promotions.