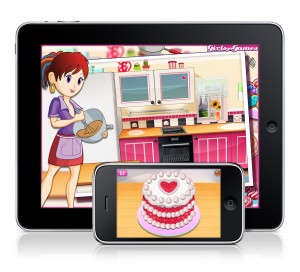 Every year, developers build great games that disappear into the black hole of the app stores. In that crowded market, even smoking games struggle to survive. With our Unsung Heroes initiative, we want to give some of those games more attention.

At Casual Connect Europe (Amsterdam, 4 – 6 February 2015), we’re inviting developers to come and pitch their games — the ones they think are awesome but which didn’t get the attention they deserved first time round. An iPad will be awarded as prize.

Our aim is to start a conversation about how we get mobile gamers to expand their horizons — far too many amazing games are overlooked by app-store users.

We’re now asking people to nominate games for Unsung Heroes. The developers of the best of these will get five minutes at the Unsung Heroes event to pitch why their game is so great, why it deserves to be played by everyone. The Unsung Heroes games will be available at Casual Connect for visitors to play and offer their views. We want Unsung Heroes to be fun, but underlying it is a serious question. How do we prevent great games being overlooked in the app stores? So we will also be encouraging discussion and debate as part of the event.

We plan to follow-up Unsung Heroes by continuing to promote great mobile games during 2015, and with additional events later in the year.

Unsung Heroes is more than a one-off event. It is a campaign to get great mobile games the attention they deserve.

The Unsung Heroes campaign which will officially launch at Casual Connect in Amsterdam on 4 February 2015. The event will take place on 5 February at 14:00 at Booth 305.

Developers who want to pitch their game at Casual Connect should email a brief synopsis of the game to scott.johnston@spilgames.com

Spil Games is a publisher and distributor with an audience reach of 130 million plus.

During 2014, Spil Games realigned its business to focus much more on publishing and distributing mobile games. It uses its huge web-based audience to accelerate mobile game marketing.

Casual Connect is run by the Casual Games Association and is the premiere event for the casual games industry with over 6,500 professionals attending each year. Casual Connect Europe will run 4 – 6 February 2015 at Beurs Van Berlage, Damrak 243, 1012 ZJ, Amsterdam, Netherlands. More info at http://europe.casualconnect.org

Spil Games is a Gold Sponsor of Casual Connect.