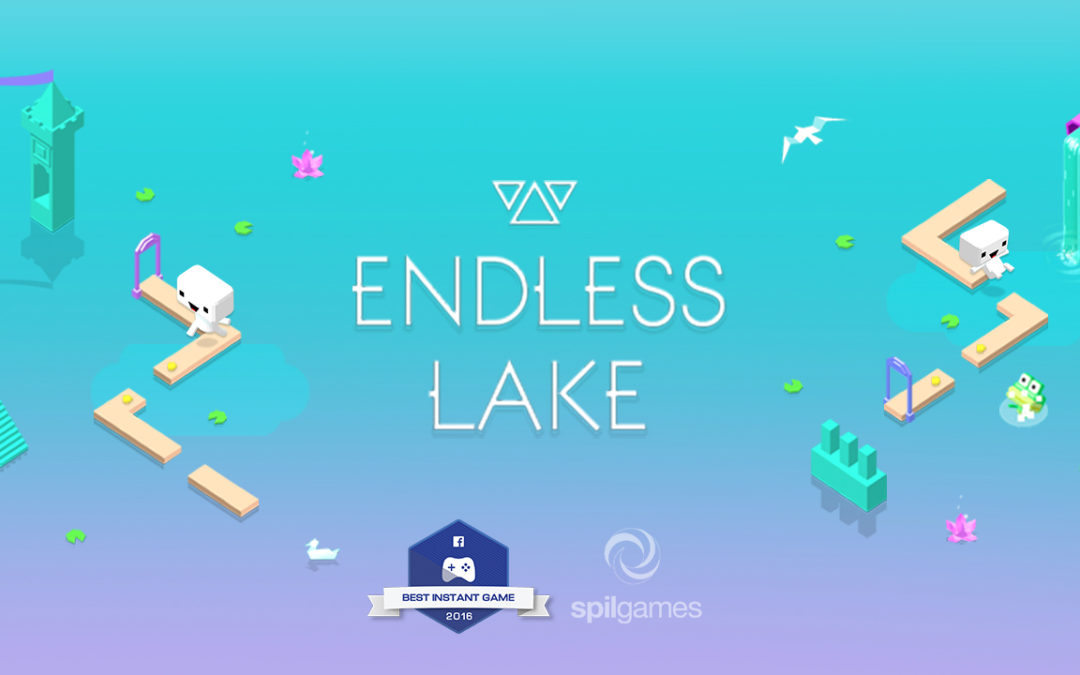 Facebook recognises Spil Games’ Endless Lake as one of its Games of the Year, underscoring the meteoric success of Instant Games.

Our early figures show that players are hooked on Instant Games which can be accessed immediately from within Facebook Messenger or the Facebook News Feed.

Spil Games is humbled by Facebook’s award and that its Endless Lake has frequently been at the very top (by number of game plays) in the first three weeks of Instant Games. It is consistently in the top two with the legendary Pac-Man.

“We’re immensely proud to have been recognised by Facebook,” says Tung Nguyen-Khac, Spil Games’ CEO. “The figures for our game are amazing when you consider this is still a new concept for many players. It’s awesome to see Endless Lake performing so well among such famous names.”

Endless Lake had 12m unique users in the first three weeks after launch (from November 29 to December 21, 2016). The game was played 33m times in the same period.

“If the uptake on Endless Lake is replicated across all the Instant Games, then this could be huge,” says Tung. “The figures speak for themselves.”

More detailed numbers are shown in the notes below.

* Figures are Spil Games’ internal numbers. Facebook has yet to publish its Instant Games numbers.

Instant Games is a new feature from Facebook which allows people to share and play games immediately from within Messenger or their Facebook News Feed. It was launched on November 29, 2016.

Spil Games was one of only 15 game companies selected by Facebook whose games featured in the launch (and current) version of Instant Games.

All games available through Instant Games are free to play and run in a web view and work across both Messenger and News Feed on mobile and desktop. To maximise the impact of the launch, Facebook carefully selected 17 games from 15 companies to feature.

You can play Endless Lake on Instant Games for yourself here https://www.facebook.com/EndlessLakeGame/

Spil Games is a fast-growing and agile games publisher and producer, already reaching huge audiences across the web and mobile.

In the space of a year, we have ramped up our mobile business to over 100m installs and we’re well on our way to hitting our 200m target early in 2017. This growth is mainly organic and through cross-promotion. We confidently expect these figures to be the start of more great things to come.

This year, many have recognized Spil Games as a powerhouse in the mobile gaming industry. For example, Nolan Bushnell, the godfather of video games, is developing his first ever mobile game with Spil Games. The official mobile game for Valerian and the City of a Thousand Planets, esteemed director Luc Besson’s next film, will be exclusively produced by Spil Games.

People can start playing Endless Lake through the following methods:

Mobile: requires iOS 8+, Android 5+ along with the latest version of the Messenger mobile app

Mobile: requires iOS 8+, Android 5+ along with the latest version of the Facebook mobile app