Typically, the monetization of your games comes through advertising. Showing the right ads to the right users at the right time can highly influence the revenues you can earn per ad. The Spil Games platform supports the use of Interstitial (smart) ads based on user behavior. For example, if a user has just completed three levels in a row and is about to receive a large in-game bonus, they are likely to be more engaged. Therefore, this could be a good moment to show an ad because it is unlikely that they are about to leave the game. This is shown in Figure 5. 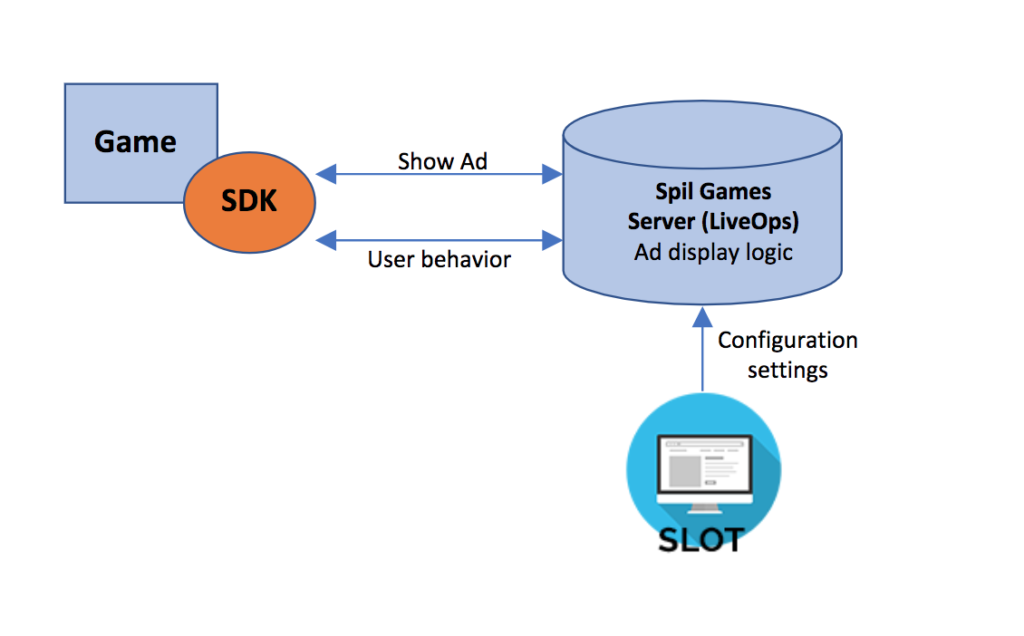 Interstitial ads are full-screen ads that cover the interface of an app until closed by the user. Typically, they are displayed at natural transition points in the flow of an app, such as between activities or during the pause between levels in a game. When an app shows an interstitial ad, the user has the choice to either click on the ad and continue to its destination (such as a reward video), or close it and return to the app.

Banners are advertisements that can be displayed by the game in specific and designated areas. Currently, the Spil SDK supports the displaying of banners on the bottom part of the game. Banner ads can be shown or hidden depending on the situation and screen in which the player is. In order to work with the banners implementation from the Spil SDK use the following methods:

Interstitial ads are full-screen ads that cover the interface of their host app. They are typically displayed at natural transition points in the flow of an app, such as between activities or during the pause between levels in a game. By default, the Spil SDK shows interstitial ads based on specific event triggers that can be configured in SLOT.

The game events that should trigger interstitial ads need to discussed and agreed with your Spil Games Account Manager. You can also manually trigger an interstitial ad using the following functions:

Reward videos are advertisements that users voluntarily watch and, if played to the end, receive some form of in-game reward. The in-game currency the user receives, and how soon afterward they can watch another reward video, are set by parameters within the configuration file. Most advertisement functionality is handled automatically by the Spil Games SDK. However, you will need to specify how the triggering of reward videos and subsequent payout to the player upon completion of the video should be handled. The following shows an example of code that checks if a reward video is available, hides or shows the Watch Video button, and rewards the player if a reward video was successfully played.

When the user clicks the button, the following code is triggered:

The More Apps screen needs to be triggered manually. Typically, it shows other games that the user might be interested in playing. The procedure for showing a More Apps screen is very like that to show a reward video. First, check if the feature is available. If so, you can show a button in the game to open the More Apps screen. Use the following code: