Many games suffer from the problem of users attempting to subvert the rules of the game to obtain an unfair advantage over other players. Depending on the game, different activities constitute cheating, and it is either a matter of game policy or consensus opinion as to whether an activity is cheating.

Typical cheating strategies include the use of the following:

The receipt for a game or an in-game purchase is a record of the sale of the game or of any purchases made from within the game. You can add receipt validation code to your game to prevent unauthorized copies of your game from running.

The Spil Games SDK offers server-side IAP validation for your games. Whenever an iapPurchased event is triggered, a server validation occurs, and a response is sent back to the game. To listen to the response from the server regarding IAP validation, use the following code:

Optionally, the Spil Games SDK can also send the receipt to the game’s backend. In this way, corrective action can be taken against false purchases or other suspicious activity. This is shown in Figure 7. 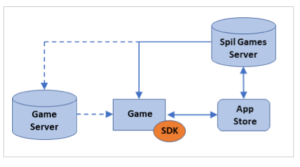 Figure 7: Receipt Handling. Note that the operation of this support depends on the connection between the game and its backend. Further information about possible connection options is available from your Spil Games Account Manager.

The Spil Games SDK also offers the possibility to retrieve the game’s server time. This can prove useful for anti-cheating measures. For example, if the user changes the device time or clock this does affect the execution of the game’s logic. To retrieve the server time, use the following code: