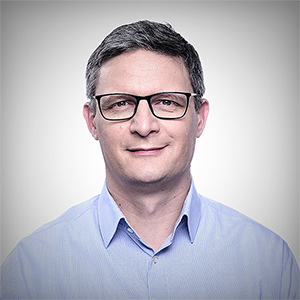 Timm Geyer has been named CEO of Spil Games. He has been the company’s COO for the past two years.

Timm has worked in senior positions for several gaming and online companies including SevenGamesNetwork and Splitscreen Studios where he was managing director. He headed business development at Bigpoint and was director of strategic partnerships at AOL.

Timm has been part of the management team that has seen us achieve 300 million installs on mobile. He has also been integral to the promising results we’re seeing on retention and revenue.

“Timm knows the company inside and out and I’m thrilled he’s our new CEO,” says Peter Driessen, founder of Spil Games. “His experience and skills at making things happen, as well as ensuring the strategy of the business is executed to maximum effect, will bring our mobile momentum to a new level.”

“Spil’s web to mobile strategy has really started to take off and I’m delighted to step into this role at such an exciting time for Spil,” Timm says. “Our web portal data is a unique asset to identify the games people are playing, enjoying and engaging with the most. My number one focus will be on making great web IPs a reality on mobile.”

“After three years at Spil, our previous CEO, Tung Nguyen-Khac has decided to pursue other interests,” continues Peter. “We’re sorry to see him go, but we wish him all the best and thank him for his contribution at Spil Games. In particular for spearheading our strategic move from web portal to mobile. With more than 300 million installs and mobile game IPs such as Operate Now, Uphill Rush and Troll Face Quest gaining strong momentum, Spil is now a respected mobile-first company and Timm and the team will build on this.”

Notes for Editors
Spil Games is a fast-growing and agile games publisher and producer, reaching huge audiences across the web and mobile.

We are a global leader in online gaming and are ramping up fast on mobile. We have grown to 300 million installs, with the growth being 95% organic.

We take the most successful of our web games and reimagine them for mobile. For example, Operate Now: Hospital, a market-leading surgery simulation and resource management game has seen great success with 18 million installs in 12 months. Operate Now has such strong IP brand recognition that we’re already working on spin-off games to extend the franchise.

Other success stories in mobile gaming include Uphill Rush which was #1 in the iOS app store in 114 countries and has scored 31million installs.