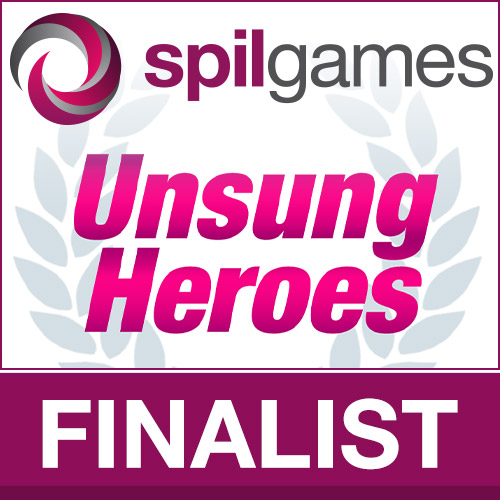 The public has picked its favorite five of the 22 Unsung Heroes semifinalists with over 6,000 mobile game players voting.

The huge response confirmed what we already knew: although these games disappeared into the black hole of the app stores, they are all well worth playing.

Developers entered more than 300 mobile games they believed deserved a better chance into the Unsung Heroes Competition. In July, we whittled the entries down to the best 22 (there were so many good ones we struggled to get it down to 20).

The public has been deciding on its favorite among the 22 semifinalists in a vote on PocketGamer.co.uk. The winner of the competition will be selected from the public’s top five and will receive a $50,000 publishing contract with Spil Games. The five finalists are (in alphabetical order):

A Day In The Woods from RetroEpic Software

Get the Honey Free from Bo Bordages

Users in the PocketGamer.co.uk App Army also left feedback on the games.

Uppercup Football was described by one as: “Incredibly accessible for any gamer – whether they like football or not! Seriously, give it a try, I doubt you’ll be disappointed.”

Another player said: “I picked up A Day In The Woods and I really like it. I was excited about it when I saw a preview over on Pocket Gamer, but Apple didn’t praise its quality and didn’t put it on the front page so I entirely missed its release. It looks gorgeous and it has an unique gameplay. I can’t stop playing it. This game definitely deserves more attention.”

Commenting on the reaction to Unsung Heroes, Tung Nguyen-Khac, CEO of Spil Games says: “There are so many great mobile games in the 300 entries we received. They all deserve to reach far more players. We’re delighted to be doing our bit to highlight games that are being missed in the app stores. It’s gratifying to discover the playing public agrees with us. These games are awesome.”

All the developers who entered the Unsung Heroes competition have received increased publicity for their games and the competition has particularly helped raise the profile of games from smaller developers.

“It’s exciting to think we will be publishing one of these Unsung Heroes games and that it truly deserves that recognition,” says Tung Nguyen-Khac. “These five finalists are the pinnacle, but many others also deserve to reach a bigger audience. We hope the competition has helped users see that there are great games outside the featured lists, and that it encourages them to play a wider variety.”

Spil Games is a publisher and distributor with over 100 million monthly users. It uses this huge audience to reach beyond the app stores in marketing to mobile gamers.

Details of the the semifinalists can be found at

An insight into the other Unsung Heroes Competition entries can be found at:

The Unsung Heroes initiative was launched at Casual Connect in February. Developers pitched their games and explained the challenges in finding an audience through the app stores. A film of the event can be seen here http://youtu.be/zRetNiJgFN8.

The Unsung Heroes Competition was launched in April to help developers tackle the problems of finding an audience for their games and to highlight to users that there are many great games outside the app store featured lists. More than 300 games were entered into the competition.

The prize for the winner is a publishing contract with Spil Games worth up to $50,000. Spil Games will apply its marketing know-how, monetization and localization expertise, and its analytics tools to give the Unsung Heroes winning game the boost it deserves. Cross promotion with other Spil Games products will expose the winning game to a potential audience of more than 100 million.

The final winner will be decided by judges from Spil Games who will take the public vote firmly into account. The winner is expected to be announced in October.