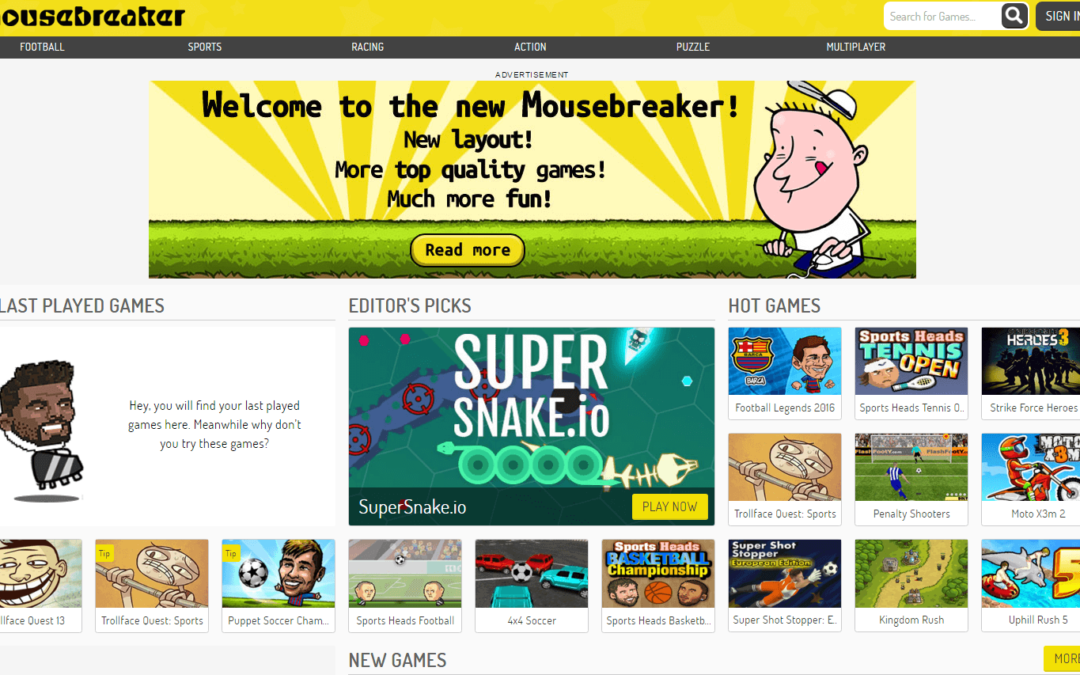 Spil Games has acquired Mousebreaker.com from Time Inc. UK swelling its portal business with 1.5 million additional players —  mostly men 18 to 35 — and adding some legendary sports games to its portfolio.

The move is part of the firm’s long term audience and content strategy, boosting its presence in gaming sectors that generate among the highest revenues in the business.

“Young men who play sports games are some of the most loyal players out there,” says Tung Nguyen-Khac, CEO of Spil Games. “They play longer and are more likely to come back. The Mousebreaker purchase gives us a base for some serious revenue-generating opportunities.”

Advertisers are desperate to reach a highly engaged audience of men in this age range and Mousebreaker is mighty in sports, offering them exactly that demographic. Its best known for the Sports Head series of games.

The site is strongest in the UK and US markets, both difficult and costly to access, but most rewarding for advertisers.

However, the acquisition goes beyond simply increasing numbers. It is part of Spil Games’ strategy to focus on quality games that drive revenue. The IPs that come with Mousebreaker will also feed into the company’s mobile business.

“We expect that our expertise in driving mobile traffic from outside the app stores — and in particular from our portals — will really spark when we add sports games into the mix,” says Tung.

Notes for editors
Spil Games is a publisher and producer with more than 100 million monthly active users (MAUs) in native, mobile and web gaming. www.spilgames.com

Mousebreaker was founded in 2001 by Richard Pendry and Alick Stott in the UK. It was one of the first browser game portals, and earned a reputation for awesome football (soccer) games. In 2008, the website was purchased by magazine publisher IPC Media (Now Time Inc. UK).