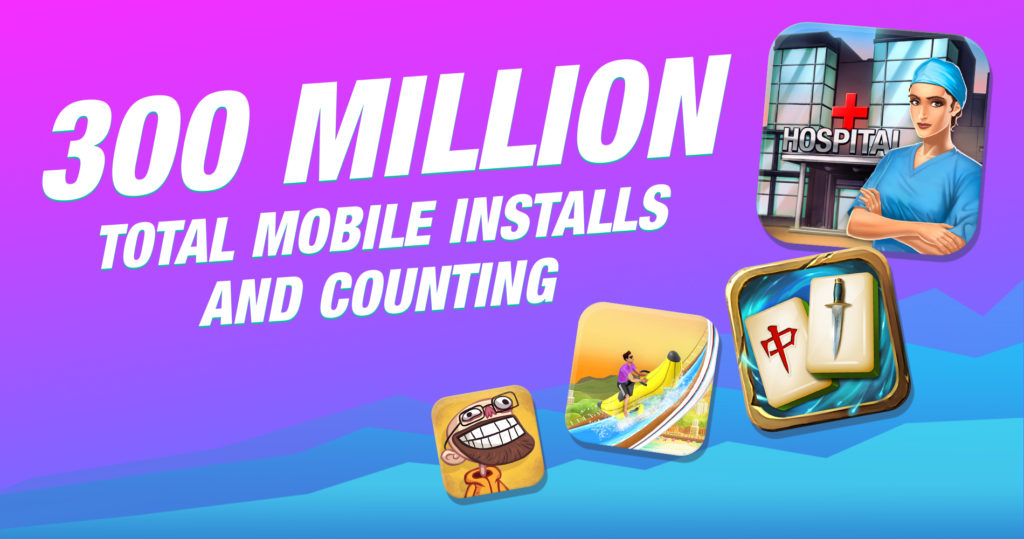 Our data-driven approach has been a major factor in achieving this landmark. It enables us to focus on IPs with excellent prospects. Our web portal data shows the games people are playing, which they enjoy the most and which keep them engaged. We then reimagine these games for mobile.
The Troll Face Quest series (100 million installs in 2.5 years) Uphill Rush (25 million installs in 1 year) and Operate Now: Hospital (15 million installs in 9 months) are prime examples of this.

Our web portal data also helps us identify game genres that people enjoy. Before bringing a game to mobile we assess market saturation and the quality of competitive offerings on mobile. We look for iconic IPs that match our DNA.

For example, we could see from our portals that players flock to games with surgery simulation. Additionally, our market research showed the opportunity of mobile games with resource management and engaging storylines. We brought these elements into one mobile game and matched it with our successful web IP series, Operate Now (which has had close to 500 million game plays). The game, Operate Now: Hospital is our first mobile game with both serious install numbers and significant revenue potential.

“Hitting 300 million installs shows our web portal to mobile strategy is paying off,” said Tung Nguyen-Khac, Spil Games’ CEO. “This year we will build on our mobile IP momentum and constantly improve our player’s experience while boosting the promising results we’re starting to see on retention and revenue.”

We are a global leader in online gaming and are ramping up fast on mobile. As of Summer 2015 our focus has primarily been mobile and since then we’ve seen our installs rise from 50 million to 300 million.

We take the most successful of our web games and reimagine them for mobile. Operate Now: Hospital, which we developed from a web game monetized by advertising to a mobile game monetized by in-app purchases, is a prime example with more to come in 2018.

Other factors in achieving the 300m installs include:
· Constant improvement of our most popular games with features that engage players and keep them playing for longer
· Live game operations
· App Store optimization

In addition to mobile, we are also seeing success with messenger games. Our Endless Lake on Facebook’s Instant Games has exceeded 40 million unique users to date. It was one of a handful of games Facebook selected for launch and it was immediately — and remains — one of the most popular.

We continue to build on our existing games portfolio which we continually enhance to drive strong mobile growth and revenue. www.spilgames.com.