Mobile game developers could win a publishing deal with Spil Games equivalent to $50,000 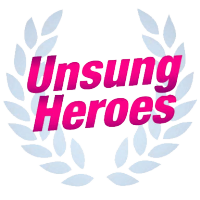 Mobile game developers could win a publishing deal equivalent to $50,000 in a competition launched as part of the Unsung Heroes initiative by Spil Games today.

In the first phase of Unsung Heroes, we heard from game developers about how tough it is to get an audience in the app stores. Now we want to begin to do something about that.

We want to persuade gamers to play a wider variety of games because they’re missing some real gems. The Unsung Heroes Competition will help us to make that point.

We want developers to let us know about the games they think merit a larger audience, to tell us their stories and to convince us that the games deserve to be given a chance. Everyone is a winner because, just by entering the competition, developers will get more attention for their games.

For the best game, we’ll be awarding a publishing contract equivalent to $50,000 in marketing and support. This game will be marketed to a massive audience around the world, including Spil Games’ 130 million unique monthly users. We will help with writing and optimizing app-store descriptions, monetize to improve revenue generation and localize to ensure the winning game reaches a global audience. The game will also attract all the publicity that goes with being a competition winner.

“We had a huge response to Unsung Heroes when we launched it at Casual Connect in February,” says Tung Nguyen-Khac, CEO of Spil Games. “Developers really got what we were trying to do. With this competition, we’re taking things to the next level and demonstrating our commitment to finding an audience for their awesome mobile games.”

Spil Games is a publisher and distributor with 130 million monthly users. It uses this huge audience to reach beyond the app stores in marketing to mobile gamers.

Developers who wish to be involved in the Unsung Heroes Competition can find full details here.

The Unsung Heroes initiative was launched at Casual Connect in February. Developers pitched their games and explained the challenges in finding an audience through the app stores. A film of the event can be seen here.

Entries are open now and early submissions will benefit from greater exposure through the Unsung Heroes initiative. Entries close on 23 June 2015.