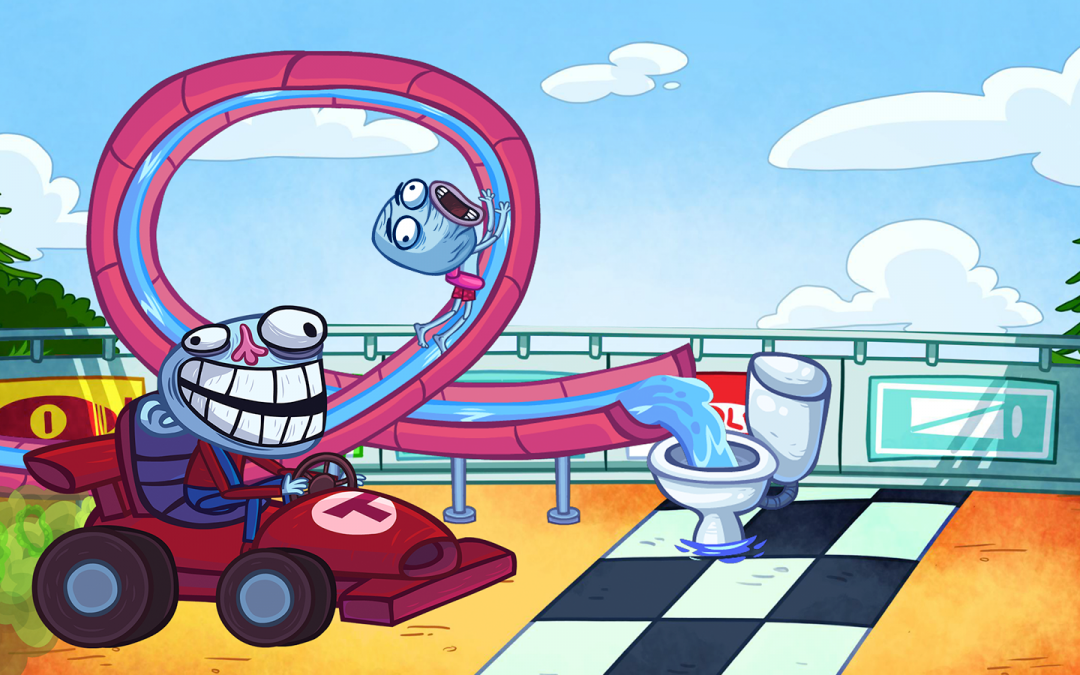 This iconic IP, which rose to popularity on the web before crossing over to mobile, is revered by players around the globe. It is so successful that we are using it as a model to build further mobile game franchises.

“We’ve married our success in web gaming with expertise in areas such as live game operations and app store optimization. It’s certainly paid off with Troll Face Quest,” said Timm Geyer, CEO of Spil Games. “This year we will continue to tap into our DNA as we build and extend our popular Operate Now and Uphill Rush franchises on mobile.”

The Troll Face Quest Story:
The series’ success is driven by loyal fans, constant reinvention of the game and an amazing response from influencers.

Fans keep coming back because the game is constantly reinvented with new ideas and jokes. We make sure we keep them happy with continual A/B testing. There are currently 8 different games in the app stores that spoof fan’s favorite content, such as TV shows, internet memes and viral videos. The latest game, Troll Face Quest Video Games 2 transports fans into a loony world where they’ll troll and prank iconic video game characters. We are committed to release several more versions this year.

YouTubers revel in the entertaining playing style of the Troll Face Quest series and love its mischievous sense of humor, so astonishing numbers of people have discovered the game this way. Influencers’ videos on Troll Face Quest have had more than 200 million views.

Spil Games produced and published the first mobile version in February 2015 with Troll Face Quest Sports. This success and the mechanic of the game suggested it would work well on mobile and within weeks of launch it hit 1 million installs.

Since then Spil Games has published 7 more mobile versions. These have been featured multiple times on the Google and Apple App stores.

The Troll Face Quest games were created and are developed by Konstantin Elgazin and his team at PPLLAAYY studio based in St. Petersburg, Russia, in partnership with Spil Games.

Notes for Editors
Spil Games is a fast-growing and agile games publisher and producer, reaching huge audiences across the web and mobile.

We are a global leader in online gaming and are ramping up fast on mobile. We have grown to 300 million installs, with the growth being 95% organic.

We take the most successful of our web games and reimagine them for mobile. Troll Face Quest is a prime example of this.

Iconic IPs are central to our games strategy. Spil Games produces and publishes Mahjong Crimes, which brings together two timeless classics, Mahjong solitaire and the world’s most famous murder mystery Murder on the Orient Express by Agatha Christie. It is free to play on iOS and Google Play and saw 1.8 million hours of game play in the first 3 months after launch.

In addition to mobile, we are also seeing success with messenger games. Our Endless Lake on Facebook’s Instant Games has reached close to 50 million unique users to date. It was one of a handful of games Facebook selected for launch and it was immediately — and remains — one of the most popular.