Unsung Heroes: A Better Understanding of How Game Players Think

Developers and players will talk about the future of gaming in an event aimed at helping everyone understand what makes a game successful.

The round table at Casual Connect San Francisco (2:30 p.m., August 12, Booth #417) will be called Unsung Heroes Players. It will be a discussion between a mobile games player, a developer and a publisher. Their topic is the future of mobile gaming and we hope the live interaction between developer and player will help everyone understand better what makes a game successful with consumers.

The event is the latest stage in our Unsung Heroes Campaign. We launched it at Casual Connect Amsterdam back in February to find out why so many awesome mobile games fail to get the audiences they deserve in the app stores.

So we asked developers to pitch their Unsung Heroes games to see if we could nail the problem. But what they told us was that there isn’t one problem but several.

Once we understood the nature of the problems, we starting looking for solutions. We took it one stage at a time.

In April, we launched the Unsung Heroes Competition. This was about getting more publicity for great games to try to help them build a bigger audience. More than 300 games were entered and we used the buzz around the competition to promote them all. We created a press and social media campaign to showcase these Unsung Heroes games.

We are down to 22 semifinalists and the public just finished voting for their favorite game. Spil Games will announce a winner in September and that game will receive a publishing deal worth $50,000.

The next problem on our list is helping developers understand what players want. Our solution is simple: let’s put a developer and a player round a table and get them talking to each other. It turns out this doesn’t happen often enough. We think developers everywhere will learn from that discussion.

We’re expecting a lively debate at Unsung Heroes Players at Casual Connect, San Francisco and we’re inviting everyone to come and hear it. And if you can’t make it to San Francisco, we’ll be putting a video together of the highlights.

The participants will be:

The player: Kristen Rutherford is a mother and writer who also plays games. She loves role play, puzzle and tower building games — anything, she says, where you can rack up achievements. Recently, she has found herself playing on her iPhone or iPad more and more at the expense of her X-box. 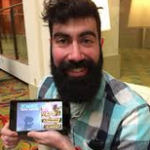 The developer: Jake Sones founded Shovelware Games late last year to focus on mobile games. He was previously a game designer for Sony Entertainment so he understands the issues from a big company and indie developer’s viewpoint. 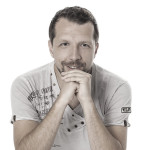 The publisher: Jan-Michel Saaksmeier took on a new role as Head of Licensing for Mobile Publishing at Spil Games in July. He is an expert in finding and developing successful games and building relationships with developers to maximize revenues. He was previously at Bigpoint where he was the mastermind behind Farmerama.